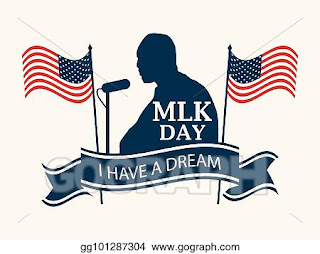 Found these resources to use at home to study Martin Luther King Jr. Day with the boys.

They are home with cold symptoms...waiting to see I will test them for COVID.  Our new normal, I guess.

Posted by mlavey at 9:51 AM No comments: 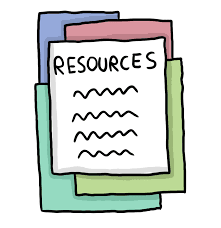 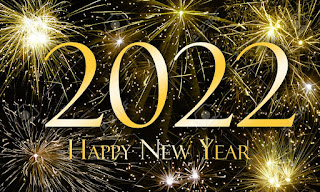 Click HERE for song
Posted by mlavey at 10:59 AM No comments:

THESE ARE A FEW OF MY FAVORITE THINGS 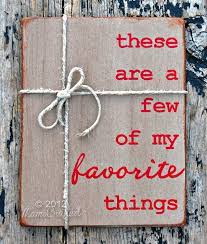 These are my 2021 Christmas favorites!

1. Christmas Joy: "Let It Be Christmas"

2. Christmas Wonder: "His Name is Wonderful"

WALKING IN A WINTER WONDERLAND 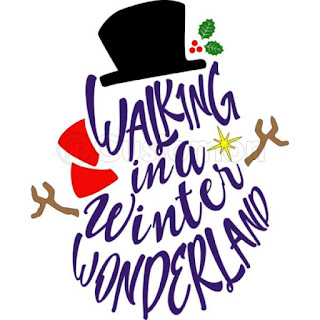 I know snow removal is hardwork (Thank you Andrew).
I know driving in snow can be tedious and at times dangerous
(Please Lord protect those traveling today).
But there is a very beautiful side of snow.
How lucky am I that I got to walk in a winter wonderland today? 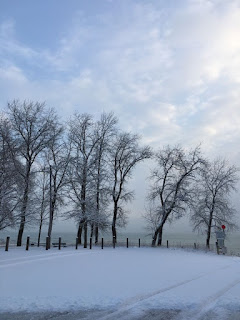 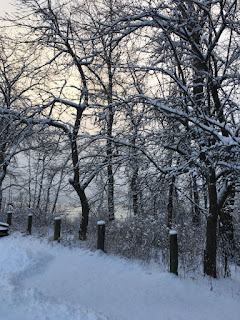 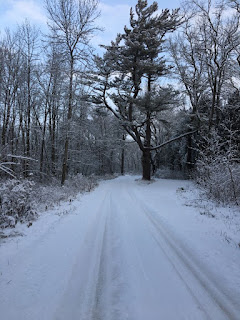 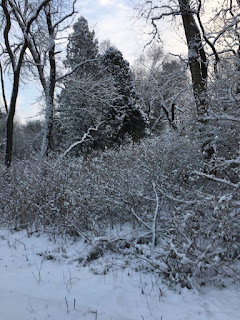 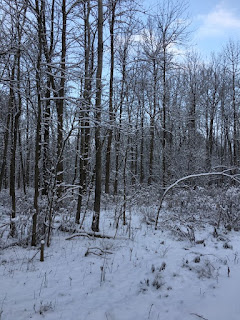 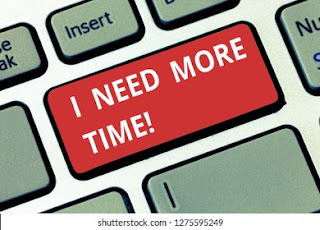 Jonah usually needs more time than typical kiddos to accomplish milestones and tasks.
I guess Jonah's left kidney is following that pattern also.
Today's ultrasound shows little improvement from the September one which showed little improvement from the April one.
However, the doctor is hopeful.  He sees improvement in today's ultrasound that the radiologist didn't indicate on his report.
It's his opinion that Jonah's body is just going to take more time to reduce the size of the left kidney.
So we continue on a 2 hour voiding schedule, continue on the medication to help with voiding muscle control, and continue with the daily antibiotic- for another 6 months.
The doctor is not having us come back in 3 months because he feels that would be too soon since he feels this is going to be a slow process.
If at 6 months, there is still little to no improvement, then he might pursue a renal test that would check kidney flow.
Jonah already had a renal scan last fall to check renal function, and his left kidney contributes to 41% of his renal function which is good (usually kidneys are a 50/50 split).
So not good news because this kidney saga is still not over, but good news in that the doctor seems hopeful we are on going in the right direction, just very slowly.
I'm glad the doctor warned me the ultrasound report would sound worse than the doctor's impressions.  Report states:
"Persistent severe SFU grade 4 [most severe grade] left hydronephrosis."
Yikes...
Posted by mlavey at 4:02 PM 1 comment:

FLASHBACK VIDEO WITH A CHRISTMAS LESSON

This morning I remembered Jonah's performance in the 2015 Christmas program at church.

The preschoolers walked down the aisle up to the stage looking for Baby Jesus as the words of the song indicated.

Jonah, much to our fear, took the lead.  He marched down that aisle and up the stage steps with determination.

When he reached the top step, his eyes locked on what he was looking for: Baby Jesus in the manger.

He went and grabbed the baby out even as his classmates were still trying to position themselves on center stage.

We were both mortified and amused by Jonah's antics as we watched from the pew.

Jonah went off script since the children had been instructed to gather around the manger, not wildly yank the poor baby out of his bed, holding him by one arm.

However, as I thought about his misbehavior, it actually made sense.

For weeks, the children had been practicing the actions to this song in their Sunday School room.  During those practices, there was no manger with a baby.  So on this night, Jonah heard the familiar words of the song, directing him to find Baby Jesus by following the star.  Jonah was probably filled with great excitement when he started to walk down the aisle that Christmas Eve and he finally had Baby Jesus in his sights!  He was determined to claim the victory.

I think there is a larger life lesson in Jonah's enthusiasm to get to Jesus on that Christmas Eve in 2015.

How many Christmases have we celebrated talking about the birth of Jesus but then never really claiming Him as a presence in our lives the rest of the year?   How many Christmases do we lose sight of Jesus by getting caught up in the hustle and bustle of gift-giving, Christmas get togethers, and all the other things we do to prepare for Christmas?

Maybe this Christmas we should be very determined and excited to march down that aisle and claim Jesus as the most precious gift we could ever have in our lives.  And then keep Jesus with us all year long instead of storing Him in the storage closet until next year's program.

Once again, a little boy with Down syndrome has a wealth of wisdom to share...

Now watch the video and be prepared for a whole lot of cuteness and comedy!

Christmas Even program from 2015

THIS IS PRECIOUS RYAN! We will be giving him the name BENJAMIN. 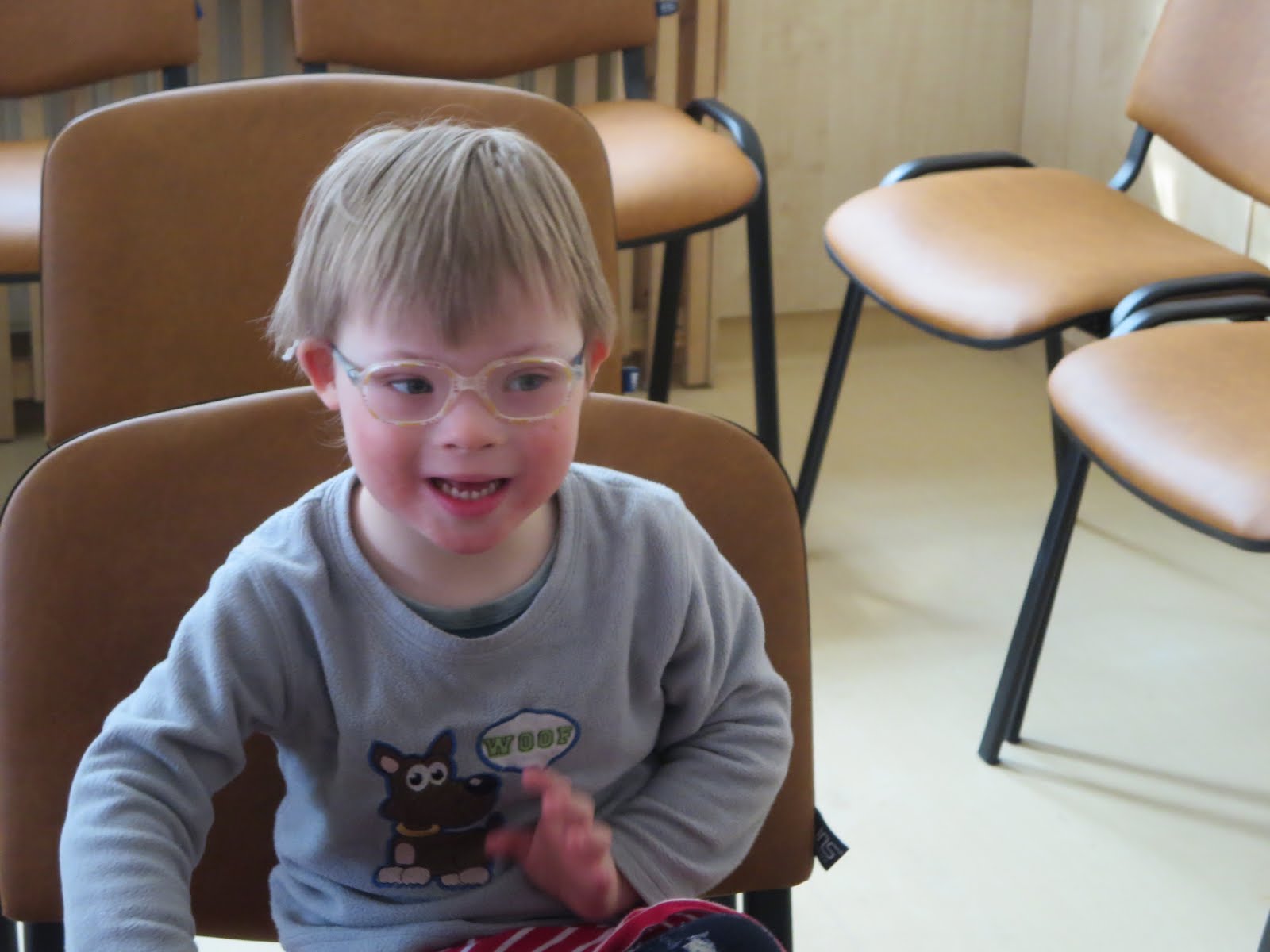